It was a stunningly bad year for the company I love to hate, but I couldn’t decide which stories should make the number one and two slots so I flipped a coin. Read on and let me know what you think. 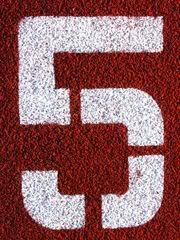 After paying almost $27 million to satisfy four attorney generals in the Northeast and Midwest who sued AOL for their anti-cancellation policies between 2003 and 2006, you’d think they’d change their evil ways, since they were sued for the same thing by 44 states back in 1998, and their reputation was starting to dim thanks to their growing infamy, but that wasn’t the case.

It was on the down-low that they kept the same rewards system and tactics in place so people were surprised to learn that Jon, a call rep for AOL, gleefully violated every agreement AOL has struck in the United States since 1998 with Vinnie Ferrari, who got his 15 minutes of fame exposing them for the shameful greed they still succumb to. Vinnie single-handedly made the story an overnight sensation when he posted it on his website (which he claims gets over 500,000 hits a week) and simultaneously submitted it to The Consumerist, SlashDot and Digg, which caused his website to go offline for three days because his servers couldn’t handle the traffic.

The New York Times ran an in-depth look at his story and MSNBC and hundreds of TV and radio stations across the US discussed it. Vinnie’s pleas with the call rep to “cancel my account” (which he claims he kept repeating because many blogs, like my own, advise you should) is forever burned into the memories of millions of people who will never use AOL now after hearing about what he went through.

Still reeling from massive negative publicity for how badly they handled Vinnie Ferrari’s cancellation, AOL stepped right into another fiasco when they opened a subdomain called research.aol.com last August to show off their “scholarly research.” Greg Linden (a well-known geek and a bit of a shill for AOL) mentioned the site on his blog, and faster than you can say “Internet Inferno,” the story blew up in everyone’s faces on Digg, SlashDot, Reuters Online, the 10 o’clock news, and newspapers across the nation. AOL displayed search terms and results alongside corresponding usernames (which were replaced with user identification numbers to hide identities) for a total of more than 600,000 publicly revealed member searches.

Downloading the data snagged Social Security numbers and credit card numbers that could be used to steal people’s identities and revealed some of their most embarrassing moments to the public. AOL shut the site down less than two weeks later, but not before savvy marketers, black hat SEOs and people who just don’t care made copies of it for everyone else to see. Many websites now exist solely to preserve, transmit, and examine the data. Currently EFF and three unidentified Californians are suing them for invasion of privacy and other misdeeds stemming from this disaster. So much for “AOL is now safer [to
surf?] than ever!”

The Consumerist had quite a hit with Vinnie Ferrari’s story and in light of that gained new respect among anti-AOLers. One deeply embittered AOL employee took advantage of their newfound popularity and sent them a confirmed-genuine copy of AOL’s retention manual. The Consumerist gave it to the public the next day in PDF form.

Thumbing through it revealed AOL’s retention staff is trained to loop members through an endless barrage of silly questions, restatements of every question a customer asks, examinations of every opinion he or she has, and lots of heavy sales pitches in order to distract members from canceling. The manual goes so far as to tell call reps not to cancel anyone’s account unless they 1) ask to cancel it three times in a row, or 2) they become rude and profane or 3) they get upset and yell for a supervisor. Now you know what I had to do to cancel my account (all of the above).

It’s about time a credible website mentioned how bad AOL’s software is. When 9.0 rolled out it contained New.net, a form of adware that phones home to its own website, downloaded the Netsky and Zobo Worm viruses the first time you went online with it, then let the bundled McAfee anti-virus software play “hero” by removing it for you.

Until recently, 9.0 also installed AIM, ICQ, RealPlayer, QuickTime, and Viewpoint Media Player without anyone’s knowledge or consent. It acted as the default browser when you tried to open IE or Firefox, mercilessly updated itself with new advertising when you tried to shut it down, and kept five processes running when it wasn’t even in use. Uninstalling it was a joke; it left two critical processes running after uninstall, removed only a fraction of its own files and folders and made copies of itself so you could use it again in the future without reinstalling it.

AOL has updated 9.0 a few times since rolling it out, so many of the above-mentioned problems no longer exist. New.net is no longer bundled, viruses no longer download with your first use of AOL, AOL’s browser no longer acts as default, and the new version of 9.0, called 9.0 VR (Vista Ready) doesn’t come with anything except Viewpoint Media player (which is still considered adware by some people). Most of the files, folders and registry entries in 9.0 and 9.0 VR still aren’t removed when you uninstall it, but all processes are terminated so it won’t clog up your Internet connection. They didn’t improve how 9.0 uninstalls to satisfy customer demand, though; instead AOL is trying to mollify stopbadware.org, who wrote a report last summer calling their product badware.

In one of the worst tales of corporate treachery to come out of AOL all year, Jon Miller was hired to replace outgoing CEO Steve Case, then thrown overboard four years later (but less than one year into executing AOL’s new ad-revenue based strategy) so that Randy Falco, a former video production exec at NBC, could take the reigns. Miller spearheaded AOL’s new plan to succeed without any subscriber revenue by giving software away for free so people can visit the “new,” advertising-riddled aol.com. Many heralded his plan as the next coming of Google, so I drew up a chart to examine the similarities in more detail.

Miller has been called everything from a genius to out of his mind for drawing up the plan; for many it was quite a shock to see him dumped shortly after implementing it because Time Warner feared he didn’t have the operational skills to follow through. On Randy Falco’s Internet-unsavvy shoulders rest the full weight of somehow making aol.com turn a profit and keeping their name no more disrespectable than it already is among geeks, techs, burned AOL customers and anyone else with a sense of decency.

While news of the changing guard at AOL rages on, resignations are being handed in left and right by top-level execs who won’t work for AOL without Jon Miller, including one from drama-prone Jason Calacanis, former general manager of Netscape. Under the noise of this management stampede AOL tried to keep it below-radar that they’re putting the finishing touches on restructuring their entire bureaucracy. They’ve laid off nearly 5,000 low-level employees this year, with several sizable cuts announced just before Christmas, to fulfill their plan to close every call center in the world and stop selling Internet access so they can focus on turning aol.com into a free advertising/content portal. Right now their subsidiary, advertising.com, which displays ads on third-party websites, is the only division of AOL turning any respectable profit.